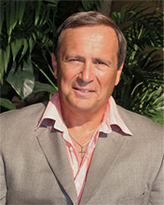 Paul Turk was a trial attorney in West Palm Beach, Florida for thirty years until he changed careers in March, 2009, to pursue a longtime ambition of writing fictional based legal novels with Christian themes. “Life’s Choices” is his fourth novel, and is a spin-off from his trilogy of books known as “The Taylor Series.”

Paul Turk grew up in Utica, New York and has been married to his high school sweetheart, the former Katherine Murphy, for forty years.